Showing posts from August, 2012
Show all

CAFC: Drawback Claims Must Be Complete

August 20, 2012
Just when I though I had some breathing room, things are getting busy again. Not that I am complaining. The Courts have been busy too. The Federal Circuit just issued a decision in a drawback case called Shell Oil Company v. United States  in which is affirmed the Court of International Trade's decision. Oddly, I can't find  a post on the earlier case. You can read the opinion here . Shell involves drawback claims for Harbor Maintenance Tax and Environmental Tax Shell paid on petroleum imports that were then exported or substitute merchandise was exported. Shell made the claims but, because the ability to claim drawback on HMT and ET were being hotly contested at the time, it did not include those amounts in its calculation of the amount claimed. Subsequently, in 1999, Congress amended the drawback law to clarify that any duty, fee, or tax imposed under federal law because of importation could be the subject of refunds under drawback. To facilitate this, Congress also created
Post a Comment
Read more 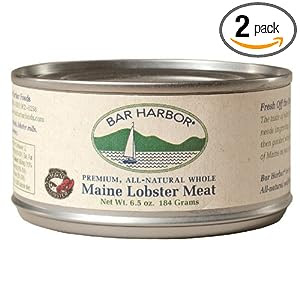 I should read my own blog. Apparently, I know all about how lobsters are processed at Canadian plants. See this post for background. Image via Amazon. Go buy a can of Maine Goodness .
3 comments
Read more

Request to Void a Protest Does Not Toll Summons Date

August 15, 2012
A statute of limitations is a tough thing. Miss filing within the provided period and you most likely lose your ability to have the case reviewed at all. This is particularly true in customs cases where an importer is trying to sue the United States. As a general principal, the U.S. government is immune from suit unless it has waived that immunity. A party that tries to take advantage of a waiver of sovereign immunity needs to satisfy the legal requirements of the waiver. At its heart, that is what Sears Holdings Management Corp. v. United States is about. Sears filed a protest concerning the tariff classification of some footwear. Customs and Border Protection then denied the protest. At that point, the limitations period began to run giving Sears 180 days (until May 15, 2010) to file a summons in the Court of International Trade, unless something stopped the clock. Lawyers call that "tolling the period." Sears exercised its rights under 19 USC 1515(d) by requesting that
Post a Comment
Read more

August 14, 2012
I have noticed an uptick in comments that do not relate to the topic at hand or which relate just a bit but remain simultaneously devoid of content and yet filled with irrelevant links.  So, I am turning on Comment Moderation. That means, I will read and approve comments before they are posted. I hope this is not inconvenient for you or for me. Matt, please keep those excellent snarky comments coming.
Post a Comment
Read more

August 13, 2012
I am just back from a week in Boston with a side trip to Portland, Maine. A few lobsters gave their lives for me and my family. Ditto a few dozen clams and sundry other sea creatures. While we were in Maine, the local news was covering a dispute between Maine lobster-men and their New Brunswick, Canada counterparts. Because of the glut of lobsters, prices have fallen. The New Brunswick industry wants to keep low priced Maine lobsters out of the market and protested by literally blockading the Maine lobster boats from dropping their haul at New Brunswick processing plants. This raised several questions in my head. First, what "processing" is done to lobsters? Most are pegged or banded in the boat and then live out the remainder of their lives in tanks waiting to be steamed or otherwise prepared. I suppose there are also industrial producers making frozen tails, lobster meat salad, and other goodies. The second question I had was whether anyone was taking any legal
7 comments
Read more

August 12, 2012
Remember the Hitachi decision in which the Court of Appeals for the Federal Circuit upheld a Court of International Trade decision that Customs and Border Protection is under no legal obligation to decide a protest within the two-year period provided in the statute and regulations? We discussed it here . A related issue was addressed in Norman G. Jensen, Inc. v. United States , which we discussed here . The Federal Circuit has now decided the appeal in Jensen . And, in what is probably not a surprise, has affirmed the dismissal of the case. Jensen is different than Hitachi in that Jensen tried to force Customs to decide the protest via a legal tool known as a writ of mandamus. Jensen brought its case under 28 U.S.C. 1581(i), which is the residual provision giving the Court of International Trade jurisdiction to review decisions relating to the administration and enforcement of the collection of revenue on imports, provided there is no other adequate means of securing judi
Post a Comment
Read more

August 12, 2012
The Court of Appeals for the Federal Circuit has reversed a decision from the Court of International Trade concerning Ford's effort to secure refunds of allegedly excessive duties paid. The complication in this case is that Customs and Border Protection had not yet liquidated the entries and also had not sent Ford a notice of the suspension of the liquidation. After Ford filed a suit in the Court of International Trade challenging the duty payments, Customs liquidated and reliquidated the entries via the Reconciliation process. As might be expected in the ordinary case, Ford then protested the liquidations and the protests were denied. For our purposes, the important thing to note is that the court case was initiated prior to liquidation and, therefore, did not challenge a denied protest (although Ford did initiate separate litigation following the denials). If you understood all of that, you can guess that the government moved to dismiss the claims because Ford could have wait
2 comments
Read more
More posts