Showing posts from September, 2016
Show all

September 26, 2016
No, this article is not about where to find a cheap copy of the Explanatory Notes to the Harmonized System. Rather, it is about the Federal Circuit decision in Sigma-Tau Healthscience, Inc. v. United States , in which the Court of Appeals discounted the legal impact of a definition in the Explanatory Notes. The case is about the classification of two stabilized forms of the chemical carnitine, which may or may not be a vitamin. Carnatine , which is also known as vitamin Bt, is not called out by name in the Tariff Schedule. Customs classified this merchandise as chemical products and preparations of the chemical or allied industries not elsewhere specified in Heading 3824. Sigma-Tau protested and asserted that the correct classification is as vitamins of 2936. Complicating matters, the Court of International Trade held that the merchandise is classifiable in Heading 2923 as "Quaternary ammonium salts and hydroxides; lecithins and other phosphoaminolipids, whether or not chemicall
Post a Comment
Read more

The Scope of a Scope Ruling

September 24, 2016
This being the Customs Law Blog, I don't often wade into the related area of antidumping and countervailing duty law. But, the two areas often bump into each other for my clients and for other importers. Sometimes the issues are generally applicable and require attention, which is the case with Guangzhou Jangho Curtain Wall v. United States . The important issue for our purposes is the impact of a scope clarification issued by the Department of Commerce. People often refer to these as scope rulings, and importers who are used to dealing with Customs and Border Protection rulings might make some incorrect assumptions about how they apply to imported merchandise. This case shows that the Department of Justice also had some incorrect assumptions about scope clarifications. The order in question covers aluminum extrusions from China.  The full scope is here . The scope specifically excludes finished merchandise. According to the order: The scope also excludes finished merchandis
Post a Comment
Read more

Ruling of the Week 2016.19: Wherein A Christmas Tree is Not Festive 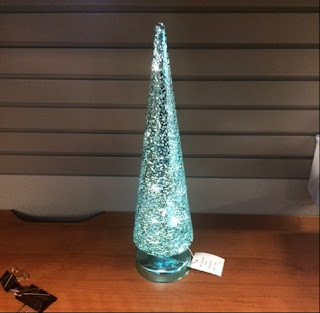 "Ruling of the week," who am I kidding? This one comes to you via an annoying slow GoGo In-Flight connection and an extremely small seat 10C on an American Airlines RJ700 bound for San Antonio. Read it with that in mind. It may not be my best work. Welcome to fall, the time of year when retailers are filling their shelves with Halloween decorations and their warehouses with of Christmas goods ready to be unleashed on the shopping public. It is also a good time of year to revisit the question of when decorative items are classifiable as festive goods of Heading 9505 and, therefore, entitled to duty-free entry. That is exactly the question Mr. Christmas Inc. asked Customs and Border Protection to reconsider is HQ H258442 (Aug. 18, 2016). Seriously, the importer was Mr. Christmas. I did not make that up. The merchandise is a set of tapered glass cones that are 13.5” tall and 3.5” at their widest. The cones contain randomly placed LED lights that are activated by switch loca
3 comments
Read more

September 20, 2016
Once upon a time, there was the Customs Law Blog. It was a happy place where the Blogger diligently provided useful and occasionally entertaining updates to his readers, all of whom he liked very much. But sometimes things did not go as planned. Sometimes, the Blogger needed to work. Even when "work" is mostly planning a big party for some visiting lawyers, talking to trade groups, and finishing a new version of his text book,  there is still real work to do for people who pay real bills. That leaves the Blog and its loyal readers with nothing new to read. That is, until the Blogger finds time. "Don't give up loyal readers," says the sad and tired Blogger, "I have something new for you and I'll post it soon."
Post a Comment
Read more
More posts