Showing posts from July, 2015
Show all

I see we are close to perfecting the Star Fleet-style impulse engine . It also appears that we are working on teleportation , one atom at a time. That got me wondering what Star Trek inspired devices might have been the subject of a Customs classification ruling. What I found is the Star Trek Flash Badge imported by the Kellogg Company to be included as a prize in boxes of cereal. The plastic badges mimic the Star Fleet divisional insignia for Command, Engineering and Science plus insignia of the Klingon and Romulan Empires. Each badge contains a battery. switch and an LED. When the switch is depressed, the LED lights, illuminating the badge. According to Customs, the badges could not be worn and lacked any kind of pin to connect it to a uniform. Customs also noted that their entertainment value outweighed any utility. Here's the interesting part. The badges were imported in bulk and then sent to cereal packaging plants to be inserted in boxes. The badges were not individual
1 comment
Read more

There is a Trial on the Horizon

July 30, 2015
Penalty cases are abundant these days. In United States v. Horizon Products International, Inc. , the government is seeking $394,794 in unpaid duties and penalties plus interest. The imported merchandise is plywood and the underlying issue is whether the wood was properly classified. Horizon conceded that the merchandise was misclassified and that it owes about $70,000 in unpaid duties. The issue is the remaining penalties and interest. Regarding the pre-judgment interest on unpaid duties, the Court has the discretion to order or not order the payment of pre-judgment interest, which is intended to compensate the United States for the loss of the duties over time prior to payment. When deciding whether to award pre-judgment interest, the Court is supposed to provide full compensation while also considering several factors including: The degree of personal wrongdoing on the part of the defendant The availability of alternative investment opportunities for the plaintiff (i.e., th
1 comment
Read more

Tell the ABA to show me some love

July 29, 2015
The ABA publishes an annual list of its top 100 legal blogs (or "blawgs"). If you read this blog and find it useful, please let the ABA know via their nomination form. Thank you. That ends our commercial message.
Post a Comment
Read more

July 28, 2015
I got a nice shout out from Law and the Multiverse today. The post is about a law review article on using zombies as teaching tools in law school. Read the post and then read the full article.
Post a Comment
Read more

July 27, 2015
Customs seized some televisions at the Port of Miami. The reason was an apparent counterfeiting of the trademarks HDMI and MHL, both of which are interface connections. You have probably seen HDMI cables and connectors. They look like big USB connectors and are present on may modern televisions, computers, and game consoles. MHL is the standard for Mobile High-Definition Link, which is a new standard designed to connect small devices such as smart phones to larger HD monitors. With an MHL connection, you can use your smartphone to stream content to your TV, which is a cool thing that can now be done via Chromecast or Miracast . I don't usually write about simple seizures, but this one and similar seizures bug me. Customs and Border Protection is in the habit of seizing electronics that identify electronic ports by type. For example, where a tablet has a USB port and labels it as such, CBP requires that the producer have a license to use the USB label, which is a registered t
Post a Comment
Read more

July 23, 2015
Is there still a trend surrounding eating raw to allegedly preserve nutrients and avoid bad karma? I never understood it, nor do I believe there is any science behind it . I remember seeing a woman on a news show talking about how the enzymes in fruit dissolve unhealthy body fat, but she could not identify the enzymes or explain the mechanism. If you tell me you are on a juice cleanse, I will do my best not to scoff. If, however, you are looking for a raw alternative to an otherwise delicious tortilla, you might try a " Pure Wrap ," which is composed mainly of coconut meat that has been pulverized into a slurry and dehydrated into flat wraps. According to the folks at the company: Pure Wraps believes that food is medicine and illness begins with nutritional deficiencies. In order to support wellness and fight disease we need clean food from a clean environment. Therefore, we are committed to unlocking the value of food by combining the ancient wisdom about nourishment
Post a Comment
Read more

July 17, 2015
After having failed to convince the Court of International Trade that it had all the facts necessary to classify liquid-filled glass bulbs, Tyco is back. This time , the Court found that it had all the information needed to resolve the case. Unfortunately, Tyco did not get the result it wanted. This case involves the liquid-filled glass bulbs you often see in fire sprinkler systems. In the event of a fire, the liquid gets hot. As it heats up, it expands. If it gets hot enough, it shatters the glass. This is useful, because the glass was holding closed a valve. Once the glass is gone and the valve opens, water sprays on the fire. A similar arrangement is used as a safety device in water heaters. The legal question here is whether these bulbs are parts of sprinklers and water heaters in Chapter 84 or as articles of glass in Chapter 70. Tyco is arguing for Chapter 84. The problem for Tyco is that Chapter 84 includes Note 1(c), which excludes parts made of glass. To get around this li
Post a Comment
Read more 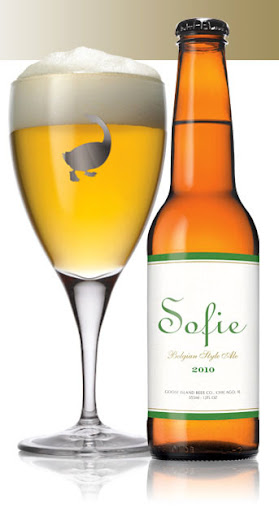 This one is for Lando Calrissian and his doppelganger Billy Dee Williams . It has to do with the tariff treatment of malt beverages and whether they are, in fact, beer.The ruling is H243087 (Jan. 13, 2015). The beverages at issue are "Green Apple Sparkletini Italian Spumante" and similar products in raspberry and peach varieties. There is also a "Verdi Spumante." The obvious question is, "In what analysis is spumante beer?" Maybe in this case. The beverages are made from a mash of malted barley and non-malted cereals plus hops. That mixture is "wort," which is then mixed with brewer's yeast and allowed to ferment. So far, that sounds like beer to me. Hat tip to my local favorite But, the base is then filtered to remove color and aroma (two of the best parts of beer). This produces a clear base to which natural flavors in the form of "wine base" and sugar are added. We now have something that sounds a lot more like the Ba
Post a Comment
Read more

July 04, 2015
Is this the final conclusion of the International Custom Products case? Plaintiff has asked for, and the Court of International Trade has partially ordered, an award of attorney's fees under the Equal Access to Justice Act (EAJA). This case has a long and difficult history in the Court of International Trade and Court of Appeals for the Federal Circuit. I'm not going to do justice to the facts. Just understand that the company imported "white sauce," for which is obtained a tariff classification ruling from Customs and Border Protection in 1999. In 2009, via a "Notice of Action" (CF-29), Customs tried to change the classification in a way that resulted in a rate of duty increase of 2400%. The request for fees relates to one of several ICP cases. This one involved 11 entries after the CF29 that CBP liquidated at the higher rate of duty. The CIT and later the Federal Circuit ruled for ICP, holding that CBP had not properly revoked or modified the prior ru
2 comments
Read more
More posts