Showing posts from February, 2019
Show all

Is something "optical" if you can't see it and it does not affect your vision? That is the basic question in ADC Telecommunications, Inc. v. United States , a recent decision of the Court of Appeals for the Federal Circuit. The merchandise involved is telecom optical network equipment. The equipment uses light to move data through fibers. This particular network operates in the infrared end of the light spectrum, meaning the actual light involved is invisible to human eyes. This is probably what comes to mind when you think about optical fiber. This is what comes to my mind , but that is a personal issue. I think what we are actually talking about is something like this: Customs & Border Protection classified the equipment in 9013.80.90 as optical appliances and instruments. The importer believes the correct classification to be 8517.62.00 as "Machines for the reception, conversion and transmission or regeneration of voice, images or other data, in
Post a Comment
Read more

The Key to Classification 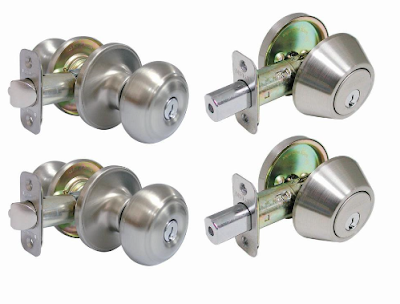 The tariff classification of assembled items is usually not that hard because the item has a single definable form and function even though it consists of multiple components. A refrigerator, for example, is a refrigerator despite also being a compressor, an evaporator, and other components. There are actually rules in the Harmonized Tariff Schedule that would lead you to that conclusion. Perhaps the refrigerator is a composite good to be classified based on essential character under General Rule of Interpretation 3(b). Perhaps it is a composite machine classified on the basis of principal function under Section XVI, Note 3. More likely, it is a machine composed of multiple components each contributing to a clearly defined function. Either way, we end up with the refrigerator being classified as a refrigerator, which is an eo nomine classification. That kind of intuitive classification methodology by which we ignore some features and components to get to the result that seems most lo
1 comment
Read more

For years, the Deckers Corporation has fought to have its rugged sandals classified as sports footwear, specifically training shoes. In two previous decisions, the Court of International Trade held that the open toes and heels present in the Teva-brand sandals precluded classification as athletic shoes of 6404.11. Rather, the Court classified them as footwear with open toes or open heels in 6404.19. This result was affirmed by the Court of Appeals for the Federal Circuit, which ultimately also denied a request for a rehearing by the entire court. One would think this is a settled matter. But, that is not how customs law works. The Court of International Trade has once again classified sports sandals in 6404.19. Under the 1927 ruling in a Supreme Court decision known as United States v. Stone & Downer , judicial decisions on the classification of a product do not preclude subsequent litigation by the same party on the same question. Thus, as is the case here, where the importer
Post a Comment
Read more

Aero Rubber Co. v. United States is a short decision on a motion to strike evidence from the record. The ultimate question is the classification of printed silicone rubber bands that are larger than the wristbands you often see on teenagers and Stephen Colbert. These are larger and appear to be used to bind or secure various items while providing space for branding or advertising. I don't know that for certain, but this image from the Aero Rubber website gives an idea of sizes and at least one use. The classification of these goods depends on whether the printing is "not merely incidental to the primary use of the goods." If the printing is incidental, the goods are classified as articles of plastic in Chapter 39. If the printing is not merely incidental, the goods are classified as printed products of Chapter 49.  As evidence of the primary use of the goods and, presumably, how the printing impacts that the use of the bands, plaintiff sent questionnaires t
3 comments
Read more

For Scope, An Assembly is Not a Set

MacLean Power LLC v. United States sets right a very troubling scope decision from the Department of Commerce concerning helical spring lock washers ("HSLW") from China. The scope of that order is here . MacLean makes assembled pole line hardware used for building electrical transmission and distribution substations. Pole line hardware consists of various configurations of products. You can get a feel for the range of these products at the company's website . What is important to know is that MacLean imported complete assemblies. Some of these assembled items include HSLW from China. For some reason, MacLean felt it was wise to ask the Department of Commerce for a scope ruling to confirm that the HSLW integrated into these assemblies were outside the scope of the corresponding order. It is possible an inquiry from Customs and Border Protection prompted the ruling request. It is also possible that MacLean was just being cautious. Either way, the result was not good.
Post a Comment
Read more
More posts