Showing posts from November, 2012
Show all

Classification Litigation Can be Complex

Samsung International, Inc. v. U.S . proves that point. If you are interested in Samsung litigation that does not involve Apple, read on. At its base, this is a case about whether plasma televisions and video monitors made in Mexico are entitled to be treated as originating under the North American Free Trade Agreement. If so, they may enter the United States free of duty and merchandise processing fee. The problem for Samsung is that the imported units include an assembly from Korea that consists of a plasma flat panel and various support electronics. Under the relevant NAFTA rules of origin, if that non-originating Korean assembly is classifiable as a "flat panel screen assembly" of 8529.90.53 in the HTSUS, then it fails to satisfy the tariff shift requirement of the NAFTA rule of origin. So, the question is whether two specific configurations of subassemblies are FPSA's. It turns out that is a complicated question because FPSA is not defined in the tariff nor in t
Post a Comment
Read more

After the very successful DiCarlo Lecture at John Marshall this week, I was talking to colleagues and students about the history of funny tariff classification cases. The topics of G.I. Joe and X-Men came up. This lead to a discussion of my moot court argument over to what species Luke Skywalker and Han Solo belong. The result of that question impacts whether their plastic likenesses are dolls or other toys. Because people may be looking for that, I offer this link to the older post.
Post a Comment
Read more 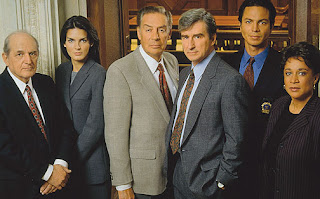 It is not often that case at the Court of International Trade takes on the flavor of a courtroom drama. It does happen, such as in the case of international intrigue and an an importation gone wrong . Recently, the Court decided another case that has the possibility of being turned into the most boring legal thriller ever, which is a step up from the usual customs case. By way of background, it is important to know that not everything that transits the United States actually enters the commerce of the nation or is subject to a customs entry. One exception to the normal consumption entry process is the entry for transportation and exportation. See 19 USC § 1553(a).  Under this process, merchandise arrives at a port in the United States and is transported under bond to another port for export. The bonded carrier has certain responsibilities to prove exportation and, if it can't, then it risks being responsible for the duties owed and possible penalties. That was the situation in
Post a Comment
Read more 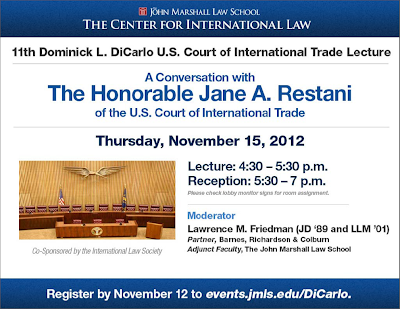