Showing posts from October, 2015
Show all

Ruling of the Week 2015.29: Hasbro II, Royalties and Proceeds

October 28, 2015
Continuing my exploration of classic Customs and Border Protection rulings, we come to the confounding "General Notice" called Hasbro II. It was published at 27 Cust. B. & Dec. No. 6 (1993). Customs does not have Customs Bulletins online from that far back, so I put a copy here for you to read. The issue arises from a ruling request concerning an apparent royalty payment. Hasbro, as the importer/buyer of merchandise agreed to pay the seller 7% of the resale invoice price of the imported goods. Presumably, in addition to the original purchase price, the contract requires Hasbro to pay an addition amount to the seller equal to 7% of whatever price Hasbro gets for the goods on resale in the U.S. It seems fairly obvious that the 7% second payment, which is included in the purchase contract, is part of the total price paid or payable for the imported goods. That would tend to make it dutiable. But, the law requires specificity. If the payment is not " for the merch
Post a Comment
Read more

When Does A Treatment Start?

October 22, 2015
Do you know what I hate? Change. Once I get comfortable with something, I am not a big fan of changing it up until something demonstrably better comes along. I drive my cars until I can't and I have gone to the same place to get my hair cut for 15 years. I have an 8 year old computer at home that is only now getting annoying enough to merit a trip to the recycling center. I also do not like it when Customs and Border Protection makes a change without an obvious and good reason. I get that if the Harmonized System Committee changes the law, Customs will implement the change. Also, I am completely in favor of the movement to ACE, which will provide demonstrable benefits to the trade. But other times, it seems to just be a matter of Customs rethinking the issue or never having been happy with the result the first time around. See, first sale valuation This comes up in the context of American Fiber & Finishing, Inc. v. United States , a recent decision of the Court of Internati
Post a Comment
Read more

Ruling of the Week 2015.28: Billiards Procurement 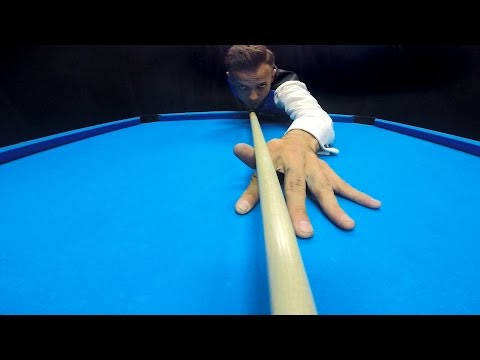 Governments buy all kinds of unexpected stuff. Billiards tables, for example. In HQ H268491 (Oct. 15, 2015) , U.S. Customs and Border Protection issued a final determination on the country of origin of certain billiards tables for purposes of government procurement under the Trade Agreements Act of 1979 . These rulings are not your run of the mill origin determination for purposes of labeling or duty determinations. Rather, an interested party may ask CBP for either an advisory or final decision on whether an article is a product of a designated country or instrumentality for purposes of securing a waiver of the "Buy American" rules for goods offered for sale to the U.S. Government. This ruling involves four billiards tables assembled in the United States from components from various countries. The components are shipped to the customer and the tables are assembled on-site. It is sufficient to understand that there are a lot of steps and a lot of parts. Also, the assembly
Post a Comment
Read more

Ruling of the Week 2015.27: Prototypes and Double Taxation

October 12, 2015
This is a review of what I will call a "classic" Customs and Border Protection ruling about which everyone in the trade should be familiar. In this case, we are talking about HQ 545907 (Oct. 11, 1996), which is the reconsideration of HQ 545278 (Apr. 7, 1994). This ruling involves a contract between Ford Motor Company and Yamaha Motor Company. Under the terms of the deal, Yamaha was to design and develop a modified Ford engine. Ford agreed that it would purchase any prototypes Yamaha made. If the program was successful, Ford agreed to enter into a contract for the purchase of the modified engines. To develop the modified engine, Yamaha produced 178 prototypes, which were purchased by Ford. Ford imported 156 of the prototypes and paid duty on them based on the price paid to Yamaha. Note that this is 1996, before tariff item 9817.85.01 was added to the tariff. The program was a success and Ford started importing the engines. The relevant question is whether the sums Ford
Post a Comment
Read more

Composite Wood is not Necessarily Veneered 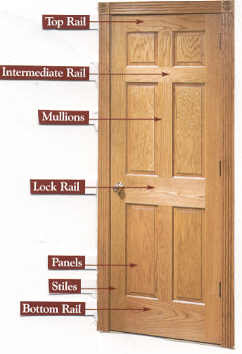 In Composite Technology International, Inc v. United States , the Court of International Trade considered the tariff classification of wooden door stiles and rails consisting of a 9.5 mm thick pine cap laminated to a based of laminated poplar wood layers. Each poplar layer is lass than 6 mm thick. The exposed surface is a layer of pine. Customs classified the merchandise in 4421.90.97 as other articles of wood. The imported protested that classification and claimed that the correct classification is 4412.99.51 as other plywood, veneered panels, and similar laminated wood. The issue, therefore, was whether the imported merchandise is properly classified as plywood, veneered panels, or similar laminated wood. If so, it would not be classifiable as an "other article of wood." According to the plaintiff, the merchandise described above fits squarely within the definition of a veneered panel or, in the alternative, as a "similar laminated wood." For those of you wh
1 comment
Read more

Withdrawal Not As Easy As Expected

October 03, 2015
The second recent Court of International Trade decision of interest primarily to lawyers is United States v. International Trading Services, LLC and Julio Lorza.  In this case, the lawyer representing International Trading Services and Mr. Lorza tried to withdraw from his representation of the corporate defendant while apparently continuing to represent the individual. It is not very easy to fire a client in the middle of litigation. The CIT's Rule 75(d) requires that an appearance by an attorney may only withdrawn by order of the Court. It requires that the lawyer make a motion and that the motion be served on the client. Here, the corporate defendant dissolved pursuant to Florida law before counsel was hired by Mr. Lorza to represent both the defunct company and the individual. Counsel seeks to withdraw from representing the corporation on the entirely reasonable grounds that it no longer exists. Consequently, according to counsel, he has no corporate client to represent. Th
1 comment
Read more

October 02, 2015
UPDATED: April 2, 2019. Note: As originally drafted, this post was based on the first version of the CIT slip opinion. As published, the initial opinion included the name of the broker involved. As amended, that person is identified only as "Individual A." The amended slip opinion is here . On the request of the broker and consistent with the Court's decision to not identify the broker, I have removed the name below. ________________________________ There have been several recent cases at the Court of International Trade that merit discussion. Two, in particular, are primarily of interest to lawyers. They show the truth of the old adage that bad facts make bad law. The first is United States v. Jeanette Pacheco . In this case, the United States of America is pursuing Ms. Pacheco to the tune of $2.6 million for her "role" in a customs fraud scheme. The "scheme" went like this: A licensed customs broker approached Pacheco in a nightclub. He offe
9 comments
Read more
More posts