Showing posts from February, 2015
Show all

The Rolls Royce of Protests

February 25, 2015
What makes for a valid protest is one of those ever green questions that generates litigation before the U.S. Court of International Trade. The most recent entry in the parade of cases on this topic is Ovan International Ltd. v. United States . The background here is simple. Carriage House Motor Cars came into ownership in the U.S. of a 1958 Royce Silver Cloud. As will happen when one owns a classic car, Carriage House planned to sell it at auction in the UK. The car did not sell and was returned to Carriage House in the U.S. with Ovan acting as the customs broker and the Importer of Record. At the time of entry, Ovan claimed the entry should be duty free under HTSUS item 9801.00.25. Customs issued a Notice of Action stating its intent to liquidate the vehicle as a dutiable passenger car at 2.5% There was some back and forth between counsel for Ovan and Carriage House on the one hand and Customs on the other hand. On February 22, 2013, Customs liquidated the entry as dutiable and O
Post a Comment
Read more 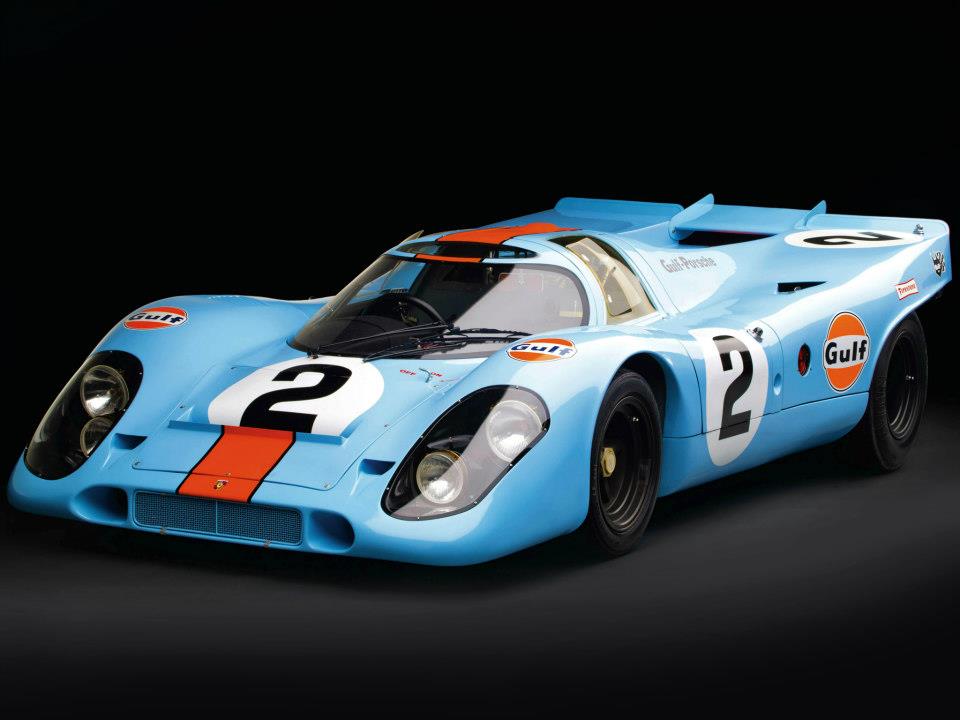 I am late on this ruling of the week. I have been busy milking my Walking Dead posting, which got picked up by my friends at Law and the Multiverse.  But, as far as I am concerned, I have another couple hours to go in this week. And, since most of you are probably busy watching the Academy Awards, I will sneak this post on to the site and give it a Hollywood connection. This will be quick because there is not much law in this week's ruling. The ruling is  NY N254307 (Jun 11, 2014) . As you may know, rulings issued by the NY office of Customs and Border Protection often do not contain a lot of legal analysis. Given the short deadline and volume of requests, this makes sense. My guess is that whoever wrote this particular ruling is a car buff. He or she certainly expended a lot of language to find that this particular 1969 Porsche 917K is classifiable not as a passenger car but as a collector's item. That was probably a good result for the importer, because the car was to be
Post a Comment
Read more

February 19, 2015
[Updated for clarity improvements.] Customs has updated the NAFTA CO Form 434, now with the date "11/14." The new form has some nice automated features to select dates. It is not immediately obvious, but when you click the field, you will see a drop down for a calendar. This should eliminate ambiguity as to dating formats (although I note that the printed date will be in U.S. mm/dd/yyyy format). The other innovation is that the contact information for the Exporter, Producer, Importer and signatory all have a space for an email address. This certainly seems like reasonable information for CBP to request. But, it raises the question of whether an importer can rely on a NAFTA CO that does not include an email address and whether CBP will accept it in the event of a verification. Yesterday, CBP issued a notice addressing that question. Below is the full text of what Customs and Border Protection had to say. Note the highlighted middle paragraph stating that forms without th
Post a Comment
Read more

February 19, 2015
Harish Shadadpuri, the principal of Trek Leather who the Court of International Trade and Federal Circuit held personally liable for corporate negligence, has asked the Supreme Court to review his case. This is one of the most interesting customs cases in a long time. Shadapuri was initially vindicated  by the Federal Circuit, which then reversed course and unanimously held he was liable as a "person" who "introduced" merchandise to the United States through negligence. This is the last chance for Shadapuri and the last chance for the law to recognize that while corporations may be people, and people are "persons" under the customs penalty law, the corporate people and liable persons are not necessarily the same. In most other cases involving personal liability for corporate acts, the government needs to show that the corporation was nothing more than an alter ego of the person. This is called "piercing the corporate veil" and is usually done u
Post a Comment
Read more

Ruling of the Week 2015.6 Human Remains and the Walking Dead

Note, this has been updated to add a little more context for those among you who are not trade compliance professionals. Lately, I have been on a slow binge of watching the Walking Dead. Like most TV adaptations of graphic novels and comics, I am finding it very entertaining. I'm only in Season 3, so no one tell me . . . well, anything. As a result, I have been seeing a lot of images of corpses, both animate and inanimate. That reminded me that there is a specific provision in the Harmonized Tariff Schedule of the United States ("HTSUS") for the importation of corpses. The HTSUS is the statute (19 USC 1202) by which imported products are assigned rates of duty. It also sets out certain other regulatory requirements and exceptions. General Note 3(e), HTSUS, exempts from customs duties "corpses, together with their coffins and accompanying flowers." When goods arrive at a port in the U.S., they are usually subject to an "entry." That is the process
1 comment
Read more 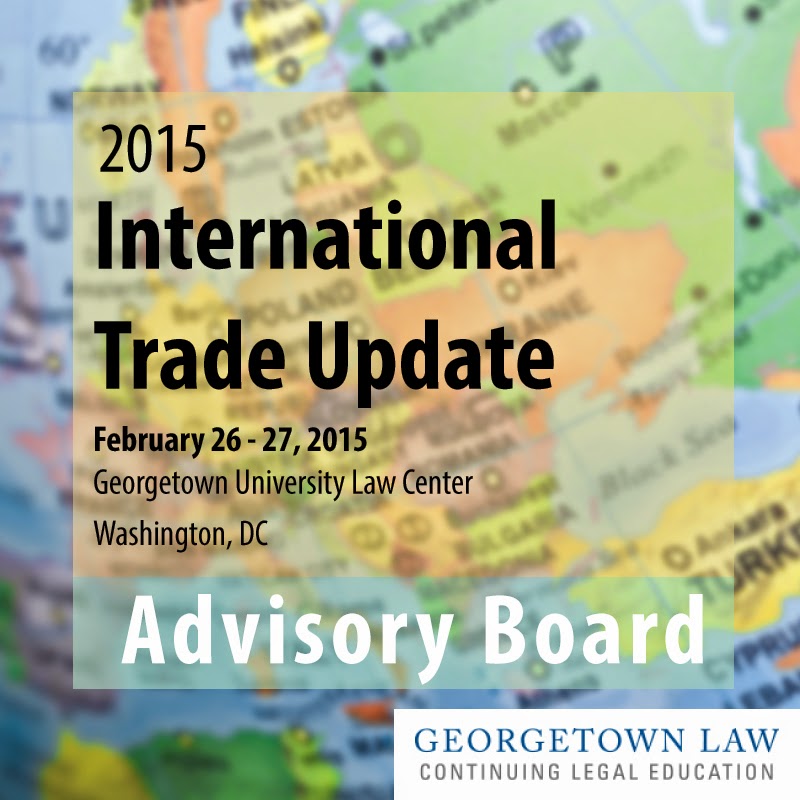 I'll be speaking at the Georgetown ITU again this year. By "speaking," I mean moderating a panel full of smart people. The topic will be principal use in tariff classification. This is not as mundane as it sounds. Identifying use provisions is getting murkier and evidence of use is not always readily available. The full two-day program features new developments in the area of international trade. Plan to attend Feb. 26-27 at Georgetown Law in Washington DC. Info is here .
Post a Comment
Read more

February 06, 2015
With this post, I am momentarily caught up. Best Key Textiles Co. Ltd. v. United States has been a bit convoluted from the get go. The company makes, but does not import, metalized polyester yarns. It got a ruling from Customs and Border Protection that classified the yarn in HTSUS item 5605.00.90, which has a rate of duty of 13.2% ad valorem. Armed with this, Best Key got a second ruling on a "pullover garments" called a "Johnny Collar." Best Key's strategy seemed to be to confirm that it was making metalized yarn of 5605.00.90, which has a relatively high rate of duty, and then confirm that apparel made of that yarn would be subject to a relatively lower rate duty applicable to apparel of "other textile materials." Incongruously, Customs classified the Johnny Collar as being of polyester, thereby giving it a higher 32% rate of duty. Best Key requested that Customs review the Johnny Collar classification. In doing so, it also reviewed the yarn cl
2 comments
Read more

February 06, 2015
Continuing my effort to catch up with the Court of International Trade and one decision of the Federal Circuit, we now come upon JBLU, Inc. v. US , a recent decision of the Court of International Trade. The issue in this case is whether wearing apparel from China bearing the brand-name "C'est Toi Jeans Los Angeles," "CT Jeans USA," and "C'est Toi Jeans USA" were properly the subject of a Notice to Mark or Redeliver for failure to have adequate country of origin marking. Customs and Border Protection maintains that the use of "Los Angeles" and "USA" on the labels requires the there be in close proximity and in comparable size a a country of origin marking preceded by "Made in," "Product of," or another similar phrase. This requirement comes from 19 CFR 134.46, The importer maintains that section 134.46 does not apply because the geographical designations are part of a trademark or trade name. That argum
Post a Comment
Read more

February 04, 2015
Usually, I am happy and proud to work with my counterparts at Customs and Border Protection. The good people there tend to do their jobs in an intelligent and professional manner. But then there is HQ H157616 (Sept. 22, 2014). [Update: It appears there is an error in the numbering of this Ruling. My prior link went to a different ruling. Try this one instead .] The facts here are simple. A customs broker filed an entry listing Lifestyle Enterprise Inc. as the importer of record. The subsequent Entry Summary also listed Lifestyle as the IOR and used Lifestyle's importer number. This was an error. Lifestyle was the domestic buyer and was supposed to be the consignee, not the importer. The seller, a company called Starcorp Furniture Inc. was supported to be the importer. The broker had no power of attorney authorizing it to act on behalf of Lifestyle. These facts seem to be undisputed. Also undisputed is that the merchandise involved was wooden bedroom furniture from China. If you
3 comments
Read more

What is a Unit of an ADP System?

February 03, 2015
Digidesign Inc. v. US  involves a perennial classification question of the digital world. At what point does a digital device that manipulates data and connects to a central processing unit become a unit of an automatic data processing system? This is important as we move toward the era of the " internet of things ." To the extent the connected devices perform a specific function that is not strictly data processing, this case provides an answer. Spoiler: your internet connected refrigerator, toaster, or car is not an ADP machine. In this case, the merchandise was two music editing systems. The decision provides a detailed description of both devices and how they work. For our purposes, just understand that they are physical consoles that translate the sound engineer's manipulation of switches, sliders, and knobs into digital effects. One unit accomplished that task by sending signals to a separate computer where the digital music file is housed. The other unit can do i
Post a Comment
Read more