Showing posts from March, 2010
Show all

Domestic ADD Parties are not Beneficiaries of Surety Contracts

March 31, 2010
Usually, I stay away from antidumping cases. This is, after all, the Customs Law Blog. I leave it to others to run the trade law blog. But, Sioux Honey v. Hartford is an interesting case from many perspectives despite the underlying issues having to do with trade relief. The theory in this case is that many sureties negligently issued bonds to new shippers of products subject to antidumping and countervailing duty orders and, as a result, caused injury to the domestic industry. That injury resulted, I gather, from the continued ability of the companies to export to the U.S. market at less than normal value when the importers were likely to subsequently default on the duties owed. Or something like that. As a result, the U.S. collected less in duties and distributed less to the domestic industries under the Continued Dumping and Subsidy Offset Act of 2000 (the "Byrd Amendment"). At base, the theory is that the domestic parties in a dumping case are third-party beneficiaries
Post a Comment
Read more

Pleading is the New Black

March 30, 2010
Every litigator knows the importance of pleadings. The complaint is the document that sets the parameters of your case. If you claim someone trespassed on your property, the complain needs to say that you own the property and that the defendant was there uninvited. For years, the federal courts have held parties to a standard called "notice pleading." Under this standard, the plaintiff needs to tell the defendant enough to notify the defendant the nature of the claim against it and the basic facts supporting the claim. The notice pleading standard was intended to avoid having meritorious claims dismissed on technicalities and make sure that plaintiffs get their day in court. The pleading pendulum has swung a bit back toward a more technical style of pleading. Under a 2007 Supreme Court decision, plaintiffs need to include sufficient factual allegations to raise the right to relief above speculation even when read with the assumption that all the facts are true. So, it is not
Post a Comment
Read more

Bersin in at CBP in Recess Appointment

March 29, 2010
Back in September of 2009, President Obama nominated Alan Bersin to take the helm at U.S. Customs and Border Protection. My original post, which includes his biographical details, is here . To date, the Senate has not acted on the nomination. In fact, lots of nominations have languished. Some of that can be blamed on people being focused on health care and other pressing legislative issued. But, CBP commissioner is an important job that needs to be filled. The same can be said for TSA, but that is a different story (in brief, two nominees have backed out). Apparently, the President is tired of waiting. Over the weekend, he exercised is constitutional prerogative to make recess appointments . In case any birther or other crank is worried about the legality of recess appointments, the Constitution specifically grants the President this authority in Article II, Section 2, Clause 3, which says "The President shall have power to fill up all Vacancies that may happen during the Recess
1 comment
Read more

March 24, 2010
I just noticed a Federal Register Notice in which U.S. Customs and Border Protection is proposing to eliminate the mailed paper courtesy notice of liquidation (CBPF 4333-A). The reasoning is that an electronic ABI message is already sent to the importer and the broker. According to Customs, that makes the courtesy notice redundant. I'm just wondering . . . does it really? What do you folks do with the 4333? Personally, I see it a lot when importers want to confirm liquidation dates for purposes of filing protests. While I am aware that the only official notice is the notebook down at the customhouse, I also know that few importers trot down there to check before filing a protest. I'm all about automation and reducing redundant data. I'm also happy to save the U.S. government $3 million per year, and save a few tress as well. Let me know if you see any problem with this.
5 comments
Read more

March 23, 2010
For my broker friends . . . . Customs and Border Protection is proposing to amend the record keeping rules to (1) permit records to be kept anywhere in the U.S. and (2) to eliminate the 120-day paper document retention period. According to the notice , The changes proposed in this document are intended to conform CBP's recordkeeping requirements to reflect modern business practices whereby documents are often generated, stored and transmitted in an electronic format. The proposed changes serve to remove duplicative recordkeeping requirements and streamline recordkeeping procedures for brokers who maintain electronic recordkeeping systems without compromising the agency's ability to monitor and enforce recordkeeping compliance. Comments are due May 24, an auspicious date as it is my birthday.
1 comment
Read more

March 23, 2010
Today is Tuesday, March 23, 2010 and Customs and Border Protection has issued a Federal Register Notice implementing the Junta Anti-Democratic Efforts ("JADE") Act of 2008. First, can someone please stop the acronym madness in Congress? That is one of the most strained acronyms I've seen. I would like my congress person (are you listening Jan Shakowski?) to introduce the Lawyers Always Run Rare Yaks Act of 2010. The JADE Act actually serves a laudable purpose by seeking to prohibit the importation of gems and precious stones from Burma and, in some cases, other locations. The idea here is that the traffic in these article supports the repressive regime in Burma. Specifically, the articles in question are jadeite, rubies, and jewelry containing them. The original interim regulations were published here in 2009. Under the regulations, presenting an entry of the covered merchandise is a certification that the goods are not from Burma and do not contain Burmese jadeite o
3 comments
Read more

What I Learned at ICPA

March 22, 2010
It was great to be at the International Compliance Professionals Association meeting in Orlando last week. The information at the meeting is always good (although honestly some is better than other). The best thing, though, is the concentration of import and export geeks (and I mean that in the best possible way) together in one place talking about the details of what we do. My session was entitled "Crisis in the Board Room" and focused on the myriad ways trade can break really bad. When that happens, it can quickly become an issue for the board room. So, we talked about financial reporting, audit committees, materiality levels, SOX, and proper internal policies to make sure large contingent liabilities are properly reported. In that context, I ran through a "parade of horribles" of penalty scenarios. It was late in the day and Disney World beckoned the many attendees who were there with families. So, I hope everyone in attendance thought it was worthwhile. There
4 comments
Read more 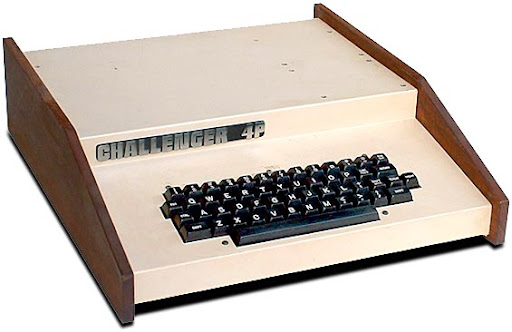 Today I kicked an old computer to the curb. Actually, I boxed it up and left it on my front step as a donation to a charity that collects old computers for schools. I started thinking that it would be cool to have all my old computers in a collection. I know there are virtual museums of obsolete computers , so I hereby create my virtual collection of my old computers. Ohio Scientific Challenger 1P I bought this computer sometime in 1978 for around $350, which gave me a total of 4K of RAM. The whole compute was on a single motherboard enclosed in a metal case. Video output was via an RF converter that beamed a monochrome signal to a Sears black and white TV. The RF output was always flukey. Data storage was via a Radio Shack cassette tape deck. I distinctly recall playing a submarine game in which I was able to control a sub icon moving left and right while releasing torpedoes straight up at surface ships. The graphics quality was worse than an original Space Invaders game but it en
Post a Comment
Read more

March 05, 2010
BenQ America Corp. v. United States seeks to resolve the interesting question of how to differentiate between general purpose video monitors and monitors of data processing applications. The former products are classifiable in Heading 8528 while the latter are classifiable in 8471. At least they were in 2004 when this merchandise was entered. The tariff schedule has now changed. Under the relevant version of the tariff schedule, monitors that were capable of receiving data signals only from the central processing unit of an automatic data processing machine, were deemed to be units of ADP systems in 8471. Other monitors that were capable of receiving signals from other sources, such as DVD players, were deemed to be video monitors of 8528. BenQ made a noble effort to apply a principal use, principal function argument based on the fact that 99% of the monitors were used in conjunction with a computer. The Court, however, did a careful and thorough analysis of the relevant legal notes
4 comments
Read more

To remind my faithful (and often retired) readers that I am still here and still looking out for their best interests, I offer this off topic post. Basically, it is a link to the blog post by Gary Odom on Patent Prospector . In the post, Odom dissects a Court of Appeals for the Federal Circuit decision involving the patentability of baseball cards that incorporate a small piece of "game worn" jersey. Cool idea, but was it obvious? If so, the Patent and Trademark Office never should have granted a patent on it. Patent law is interesting to me and it is made doubly so because the patent bar and the customs bar share the same appellate body--the Court of Appeals for the Federal Circuit. Customs and trade cases only make up about 5% of the Court's docket. The majority of the remainder is patent appeals. On those occasions I when I have argued at the Federal Circuit, I invariably seem to be at the end of the session after two patent cases (or a patent case and a federal me
Post a Comment
Read more
More posts