Showing posts from April, 2015
Show all

Ruling of the Week: Missing Edition

April 30, 2015
Argh. I am a week and a half behind on my commitment to provide a post on a ruling each week. Sorry, that is the beauty and curse of litigation. Back soon and will catch up. The good news is that there have been no new CIT and CAFC customs-related cases to report.
Post a Comment
Read more

Ruling of the Week 2015.13: Origin, NAFTA and Circular Reasoning

April 16, 2015
The NAFTA Marking rules are a giant mystery to many people. Let's assume you are importing evaporator cores from Mexico. The cores are initially produced in South Korea and shipped to the U.S. From here, they are exported to a facility in Mexico that adds fittings and connections before shipping them back to the U.S. Once back here, they are used in the assembly of automotive air conditioners. When returned to the U.S., the cores are not NAFTA originating. You can assume that set of fact because it is what happened in CBP Ruling N014917 (Aug. 2, 2007). So, how do you analyze the origin of the cores? The U.S. has various rules used to determine country of origin. Most products that are not wholly the growth or product of a single country are deemed to originate in the last country in which it was subject to a substantial transformation, i.e. , a change in name, character, or use. See 19 CFR 134.1(b). That section goes on to say " however, for a good of a NAFTA country,
Post a Comment
Read more 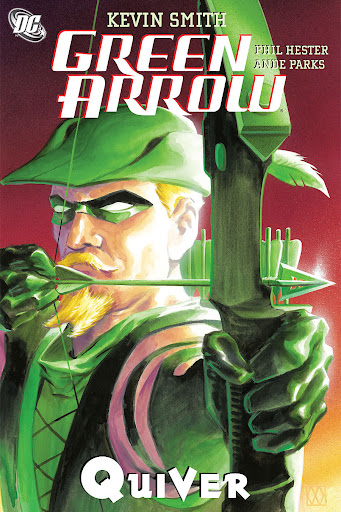 If you read this blog regularly, you know I have a certain affinity for nerd culture and, in particular, comic book superheroes. For example, I very much like the CW incarnation of Oliver Queen's Green Arrow. I will admit that the Green Arrow books did not do much for me the last time I regularly read them. When I last checked in. Oliver/Green Arrow was fighting a mutant polar bear, or something. If you follow Arrow on the CW, you might also like the podcast Quiver , which is both an episode recap and general discussion of the Arrow TV show. Amanda and Mike do a good job of commenting on the specific show and on the larger Arrow-related universe. Sometimes, they go a little off the deep end of fandom and "shipping" various romantic angles, but their podcast is informative and entertaining. And, it is called "Quiver," which brings me to this post. As you likely know, a quiver is the device archers use to hold arrows. A company called Kinsey's Archery imp
Post a Comment
Read more
More posts