UPDATED: On second look, my typing was atrocious in this post. My muscle memory typed "court" several times when my brain wanted "count." I fixed that and a few other things without changing the substance. Also, I am now kicking myself for not using the obvious pun: this case is a "nail biter."

On January 27, a three-judge panel of the U.S. Court of International Trade denied a government motion to dismiss PrimeSource Building Products, Inc. v. United States, which is the lead case challenging the extension of Section 232 duties to so-called derivative products.

PrimeSource's complaint contained five counts challenging the former President's imposition of duties on steel nails. As a general matter, the argument is that the initial 232 investigation and the resulting Proclamation did not cover nail and that the extension of the remedy to derivative product violates the law and is void. The question is exactly what law was violated and how? To cover its bases, which is entirely reasonable, plaintiff asserted five counts covering:

1.    Commerce failed to initiate an investigation, notify the Department of Defense, publish a required notice in the Federal Register, and to hold public hearings. In other words, Commerce took none of the steps required had this been a new investigation. According to PrimeSource that voids the 232 duties for goods, including nails, not covered by the investigation and proclamation.

2.    The Proclamation extending 232 duties to nails was not within the 90-day time limit provided by statute for a presidential decision following the Commerce Department report and the additional 15-day period for the President to act.

3.    The failure to provide notice and opportunity to comment on the extension of the remedy to derivative products was a violation of the due process clause of the Fifth Amendment.

4.    The entirety of Section 232 is an unconstitutional delegation to the President to exercise legislative powers over the regulation of trade.

5.    Lastly, that Commerce effectively undertook a new 232 process without following the statutory procedures for new actions.

This is a 114-page opinion. If you are involved or have an interest, you may have already read it or should do so. I am just going to hit the highlights here. Spoiler: the only one of these counts going forward is Count 2 regarding the timeliness of the action and Judge Baker would have dismissed this case in its entirety.

On Count 1, the Court found that the Commerce Department recommendation to extend 232 duties to derivative products was not a final agency action. Instead, it was just a recommendation to the President who then acted. Commerce is not the appropriate defendant for a suit challenging Presidential action. Thus, count 1 was dismissed.

Count 3 also fails. This is a due process claim based on the President 's failure to provide notice and comment before extending 232 duties to derivative products. The problem for the plaintiff, according to the Court, is that the President is not required to do that. Moreover, for there to be a due process violation, the plaintiff must have been deprived of a property interest and PrimeSource did not allege facts showing a plausible claim to a property interest in a given tariff rate.

The fourth Count argues that the delegation of the legislative power to regulate trade from to the President is unconstitutional fails because the Supreme Court said so in Federal Energy Admin v. Algonquin SNG, Inc., 426 U.S. 548 (1976).

Count 5 is a restatement of Count 1 except that instead of being a violation of the Administrative Procedure Act, it allegedly a violation of the process baked into Section 232. But, because that statute does not provide for judicial review, the challenge must be brought under the APA. That is Count 1, which was dismissed.

When it gave the President the power to act on trade-related threats to national security (meaning in Section 232), Congress attached a bunch of conditions to the exercise of that power. One condition is that the President act with 105 days of receiving a report from Commerce. The President did that in the initial Proclamations covering steel and aluminum. But, when extending the remedy to derivative products, the President acted beyond the statutory time frame and did not explicitly cite the prior Commerce reports as authority. However, in litigation, the Defendants did not dispute that fact. To support the extension, the government argued that it was merely an adjustment to the existing remedy, not a new remedy.

In the Court's view, given the initial report from Commerce, the President had authority to include derivative products, including nails, in the original timely proclamation. But the original proclamation did not include derivatives. Consequently, the two actions must be treated as separate, each requiring its own correct implementation. That includes the time limits. Moreover, the time limits imposed by Congress are deadlines, not guidelines. Consequently, the complaint states a plausible claim for relief and Count 2 can move forward.

On that point, the government had moved for summary judgment (or maybe judgment on the agency record) for a decision in its favor. That is appropriate where there are no questions of fact to be resolved. But the Court held that to resolve the matter, it must review the factual information pertaining to the Secretary of Commerce's communicating to the President regarding the derivatives. That requires that Commerce provide the information in the form of the agency record. So, the Court denied the motion.

In other words, this case still has legs.

While concurring in the result, Judger Baker offered his own assessment of Counts 2 and 5. With respect to Count 2, Judge Baker dissented on the grounds the because the President had the authority to include derivatives in the initial timely proclamations, he also had authority to later modify the proclamations "coextensive with the original power to act." As something of an aside, Judge Baker would also dismiss President Trump as a party to the case on the grounds that the President is not an agency and while the Court's jurisdiction may encompass judicial review of actions by the President, it does not encompass suits against the President. Moreover, the principle of separation of powers precludes the Court from ordering the President to take some action.

Judge Baker sees Count 5 in a light different than his colleagues. He views it as an effort to secure "non-statutory review" of an agency action. In this context, "non-statutory" means "outside of the Administrative Procedure Act." But, given that is sounds very much like Count 1, which is based on the APA, Judge Baker sees Count 5 as defective for the same reasons that Count 1 was dismissed. 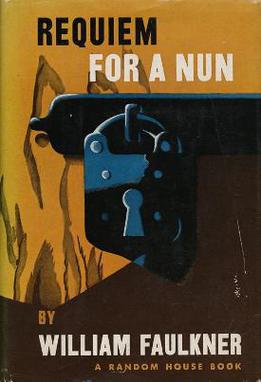 Finally, we get to the statutory timeline. First, Judge Baker takes the position that the extension of the original proclamations was a permitted modification rather than new relief. As such, it did not violate the time limits. This conclusion depends on the history of Section 232 and how Congress amended it without changing the word "action" or its apparent meaning. To put a button on that, Judge Baker gives us a quote from Faulkner: "The past is never dead. It's not even past." As with most works by Faulkner, there are a lot of words involved. You might enjoy reading it. I will stick with Hemingway.