May 26, 2016
One of the things I find interesting about my job as that I have the opportunity to learn about all sorts of products that I might not ever see in my real life. One such product is the avalanche airbag. It never occurred to me that such a thing existed, but as soon as I read the words "avalanche" and "airbag" together, the concept made perfect sense. This is the item in question: 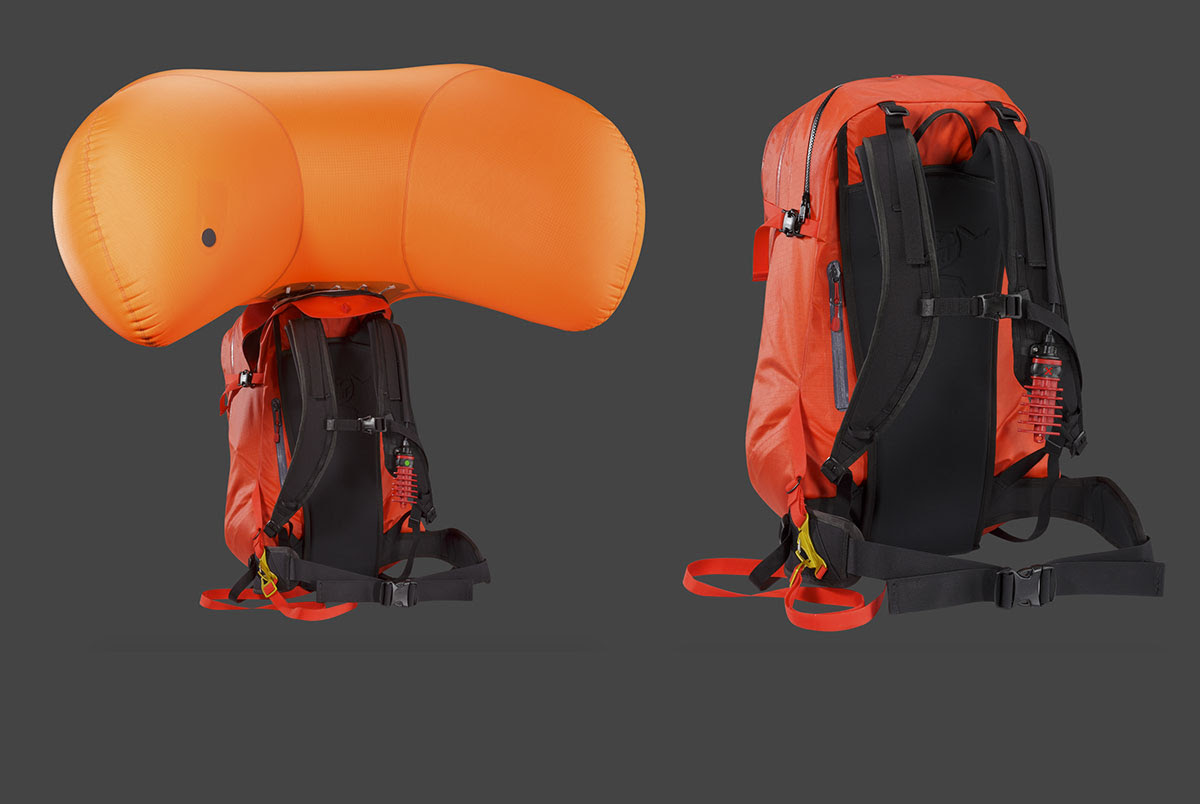 It is designed to keep the wearer "afloat" in the event of an avalanche. More information about the product is available here. Basically, it is a backpack that incorporates a sturdy balloon and an electrically powered fan to inflate it. Once inflated, the balloon prevents the wearer from being buried in snow.

In NY N274983, Customs was asked to classify this airbag enhanced backpack. My first thought was, "Oh no, this is going in Heading 4202 as a backpack." To me, that seems to undervalue the safety features. Moreover, none of the exemplars in 4202 have safety features. But, that is a straw man I need not fight, because 4202 was not in play. Rather, the importer suggested classification in Heading 9506.99.60 as sports equipment. Customs disagreed with that and noted that the airbag backpack is neither "requisite" not "essential" to any sporting activity.

Instead, Customs classified it in Heading 6307 as an other made up article of textile.

The thing about this device is that it apparently could be worn by anyone in an avalanche-prone area, whether or not participating in a sport. For example, I can see this being worn by the folks who groom and patrol ski runs, by park rangers, and by scientists doing field work. That makes me wonder whether the manufacturer might be able to modify the design to make it clearly dedicated to a sporting event. Customs did admit that it includes exterior straps designed to carry skis, snowboards, and ice axes. Is that enough to make it a product of 9506? Maybe. A more interesting question might be whether there is a clever design tweak that would make it clear that this is a "sporting" product? I don't know what that might be, but I hope the engineers at Arc'teryx are working on it.

Anonymous said…
This product brings to mind a similar backpack hybrid case that went through the CIT & CAFC a few years ago. The company was Camelbak, which makes a backpack used for personal hydration.
May 26, 2016, 10:32:00 AM

The Lowdown on the USMCA Roll Up

March 31, 2021
You may have seen recent press reports over the interpretation of the so-called "roll-up" provisions of the RVC calculation for certain motor vehicles under the USMCA. This is a complicated issue and there are varying interpretations of the law and the facts, so I figured I could provide some context. For this to make sense, you might want to have the current version of the Uniform Regulations on Rules of Origin handy.  The underlying issue is what counts toward the value of non-originating materials when calculating the Regional Value Content of a passenger vehicle or light truck. The starting point for that is Section 14 (p. 39721) of the aforementioned regulations. Section 14(1) begins with a clear and declarative statement: Roll-Up of Originating Materials (1) The value of non-originating materials used by the producer in the production of a passenger vehicle, light truck and parts thereof must not, for the purpose of calculating the regional value content of the good,
Read more