August 08, 2015
Smart watches are cool new technology. Generally, I want cool new technology. I'm not so interested in a smart watch, at least not at the moment. One reason for this is that I am firmly commitment to my Windows Phone. I have little interest in a watch that requires me to have an iOS or Android phone. Microsoft does not sell a smartwatch, although its former partner Nokia was shopping one. I have some interest in a Microsoft band, which is supposed to have impressive utility for cycling. But, I hear there is a new version on the horizon, so I am waiting. That said, I am struggling to get my current bike computer (a Polar CS300) working. So, I am also kind of jonesing for a Polar M450. These are clearly my first world issues.

A more relevant consideration for this blog is the proper tariff treatment of a smartwatch. Customs recently settled the issue, at least with respect to a Samsung "Gear" Live Android smartwatch. See HQ H257947 (July 14, 2015).

The watch uses Bluetooth wireless technology to communicate with a paired smartphone and, therefore, to the internet. The user interacts with the watch through a touchscreen. There are two classes of application that can run on this particular smartphone. Some are local and run directly on the phone. Others require a connection to a paired phone. Paired applications require the phone to do the heavy data processing, network connectivity, and data storage. An unpaired watch is not able to perform these tasks beyond the limited data storage and processing capabilities of the watch itself. One such feature is the ability to display the time, as a watch really should do.

So, for classification purposes, is this a wrist watch of Heading 9102 or is it a composite good classifiable elsewhere? In the old days, we would have asked, "Is it more than a watch?" Or, is it something else entirely?

Customs and Border Protection initially determined that the Samsung smartwatch differs significantly from watches of 9102. Specifically, it includes electronic components not normally seen in watches including an AMOLED display, CPU, 512 MB of RAM, 4 GB of internal flash memory, and several sensors. Although this watch can display the time, it is designed to allow users to display and manipulate data. The fact that it is worn on the wrist and displays time is not enough to make it a watch. 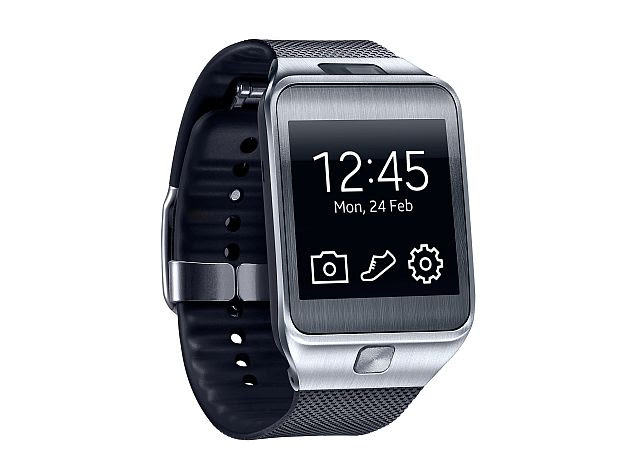 Customs then constructively disassembled the watch to look at all of its components. It found a radio transceiver of 8517, sound recording and reproducing apparatus of 8519, a video display of 8521, and sensors of 9029 and 9031. Customs them treated the watch as a composite good consisting of all of these components. Based on GRI 3(b), the correct tariff classification for the watch would be the classification of the single component that imparts the essential character.

It is a good result, but I have serious questions about whether it is right. What worries me about the analysis is the laptop on which I am currently typing. It has internal memory, a hard drive for storage, a CPU, a display, and can run applications written for its operating system. It also has Bluetooth and WiFi wireless capabilities. And, it is classified in 8471 as an automatic data processing machine, not as a radio transceiver.

I realize that the functionality of the smartwatch is extremely limited when not paired with a phone. That is not true of my laptop, but that is a matter of degree. My laptop is far more useful when connected to a network. Moreover, in the modern "cloud first" world, the location of the data and the processing capability is far less important than the ability to get to and use that data. To me, the watch is much more analogous to a "thin client" or "dumb terminal" than it is to a radio transceiver. Customs has previously classified thin client terminals, which rely on remote storage and data processing power, as units of ADP machines in Heading 8471. If I were classifying the smartwatches, I would give strong consideration to that analysis.

Here's the other thing that bugs me about this ruling. Customs was quick to dissect the watch into its components before trying to classify it as a whole. I think that would have lead to Heading 8471. We don't look at a passenger car and say it is part car, part radio/entertainment center, part air conditioner. We look at the whole thing and see if it is a passenger car. Here, the collection of devices form a coherent whole that is designed to allow for data input and manipulation. That's how I might address this.

The outcome is likely the same: duty free. So,this is not one of those things that is likely to get litigated. It is entirely theoretical and, therefore, perfect fodder for a blog post.

Anonymous said…
I agree with your comment about classifying as a whole. The analysis Customs should have applied is GRI 1 "principal function" pursuant to Note 3 to Section XVI, rather than GRI 3b "essential character."
Aug 21, 2015, 1:40:00 PM

The Lowdown on the USMCA Roll Up

March 31, 2021
You may have seen recent press reports over the interpretation of the so-called "roll-up" provisions of the RVC calculation for certain motor vehicles under the USMCA. This is a complicated issue and there are varying interpretations of the law and the facts, so I figured I could provide some context. For this to make sense, you might want to have the current version of the Uniform Regulations on Rules of Origin handy.  The underlying issue is what counts toward the value of non-originating materials when calculating the Regional Value Content of a passenger vehicle or light truck. The starting point for that is Section 14 (p. 39721) of the aforementioned regulations. Section 14(1) begins with a clear and declarative statement: Roll-Up of Originating Materials (1) The value of non-originating materials used by the producer in the production of a passenger vehicle, light truck and parts thereof must not, for the purpose of calculating the regional value content of the good,
Read more